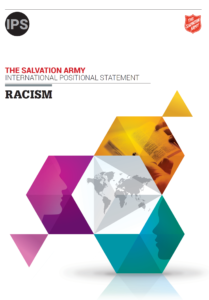 GENERAL André Cox has approved the publication of an International Positional Statement (IPS) on racism which says that racism is ‘fundamentally incompatible with the Christian conviction that all people are made in the image of God and are equal in value. The Salvation Army believes that the world is enriched by a diversity of cultures and ethnicities.’

The statement – compiled by the International Moral and Social Issues Council (IMASIC), part of The Salvation Army’s International Social Justice Commission (ISJC) – includes context and theological grounds for the position as well as offering practical steps that can be taken to combat racism in personal lives, within The Salvation Army and in the wider society. ‘As we pray for God’s will to be done on earth as in Heaven,’ it says, ‘The Salvation Army will work towards a world where all people are accepted, loved and valued.’

The racism IPS includes strong words to acknowledge that there have been failings in the past: ‘While many Salvationists have acted firmly and courageously against racism,’ it says, ‘The Salvation Army acknowledges, with regret, that Salvationists have sometimes shared in the sins of racism and conformed to economic, organisational and social pressures that perpetuate racism. The Salvation Army is committed to fight against racism wherever it is experienced and will speak into societies around the world wherever we encounter it.’

These failings are also addressed in the practical suggestions to combat racism, such as: ‘Salvationists are expected to take personal action against racism motivated by their obedience to the example of Jesus and their respect of the image of God in every person’ and ‘Salvationists are expected to seek to influence the attitudes of others by expressly rejecting racial stereotypes, slurs and jokes.’

The membership of IMASIC, which was set up in 2008, is currently formed by seven women and eight men; ten officers and five soldiers from 15 territories and commands – from Rwanda to Australia, Bolivia to Norway. Dr James Read (Chair) and Lieut-Colonel Dean Pallant (Secretary) have been on the council since 2008, along with Dr Roland Stettler, Corps Sergeant-Major at Basel Corps in Switzerland. Commissioner Marie Willermark (vice-chair) joined IMASIC in 2017.

An up-to-date set of International Positional Statements – including the statement on racism – can be downloaded from http://www.salvationarmy.org/isjc/ips.

BLACK HISTORY MONTH … AND BEYOND 2020

Don’t limit your celebration of BLACK HISTORY MONTH just to February. Learn about the ...

Continuing the Conversation … Looking for additional resources to end your Black History Month ... 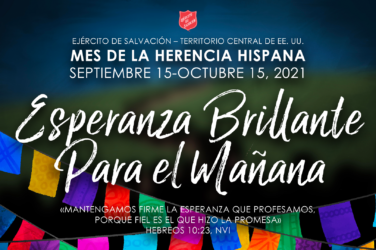